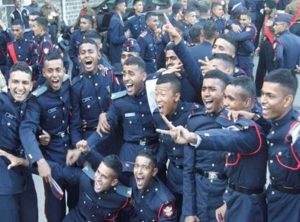 National Defence Academy is a premier joint services training Institution producing permanent commissioned officers for the Indian Armed Forces. It is the centre of excellence for cadets of all the three services, the Army, the Navy and the Air Force.

NDA imparts training to young cadets, who choose the Armed Forces as their career. To join NDA, an aspirant must appear in NDA written entrance exam conducted by UPSC (Union Public Service Commission).

To appear NDA Entrance Exam you must clear Intermediate or +2 and You Should be between the ages of 16.5 to 19 years. However, it’s noteworthy that NDA is open for male candidates only.